Arrival at the airport

Transfer to the hotel

Check-in at the hotel

City Tour - Moscow is the capital of Russian Federation and represents a unique set of old architecture masterpieces and modern high-tech buildings. If you want to know more about the history of the Russian capital, you need to take this City tour! In only a few hours, you will have a glimpse of its main landmarks, such as the Red Square, the Kremlin, the Victory Park, the White House, the Arbat, Cathedral Christ-the-Saviour, the observation platform of Sparrow hills, Lomonosov University and much more! It is an interesting and efficient introduction to Europe’s biggest city.

Kremlin Tour - Visit one of the most well-known sights of Moscow – the Kremlin with its red brick walls and 20 towers holding their own unique history. Since its first construction in 1156 as a wooden fortress by the order of Grand Duke Yuri Dolgoruky, it has been rebuilt several times. 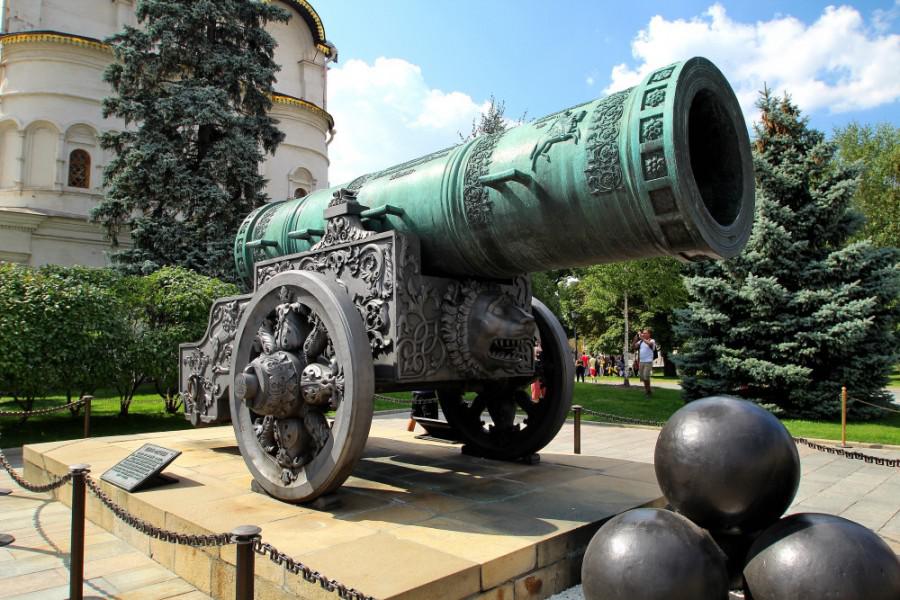 The current appearance was formed in 1495 by the best architects of Russia and Italy.

Today Kremlin is the residence of Russian President and the main symbol of the country, revered by all of its citizens. 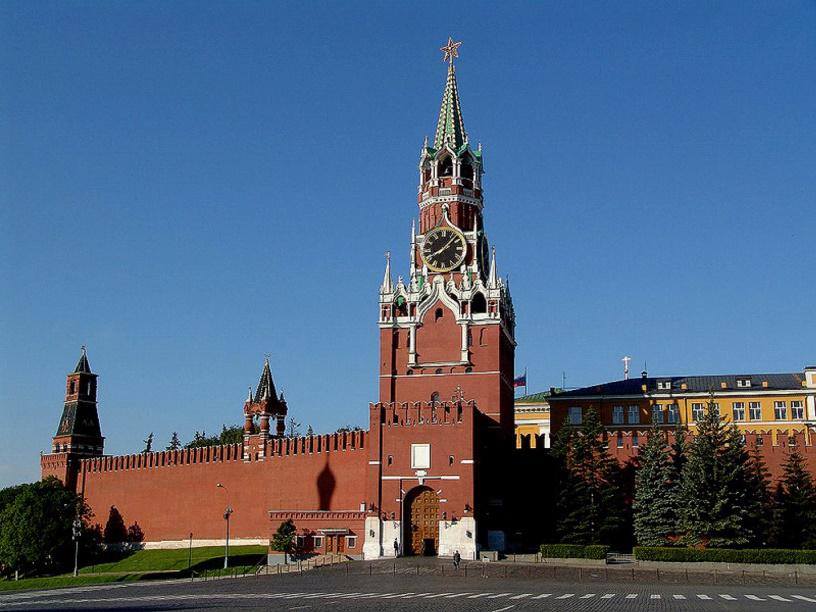 Check-out of the hotel

Transfer to the railway station 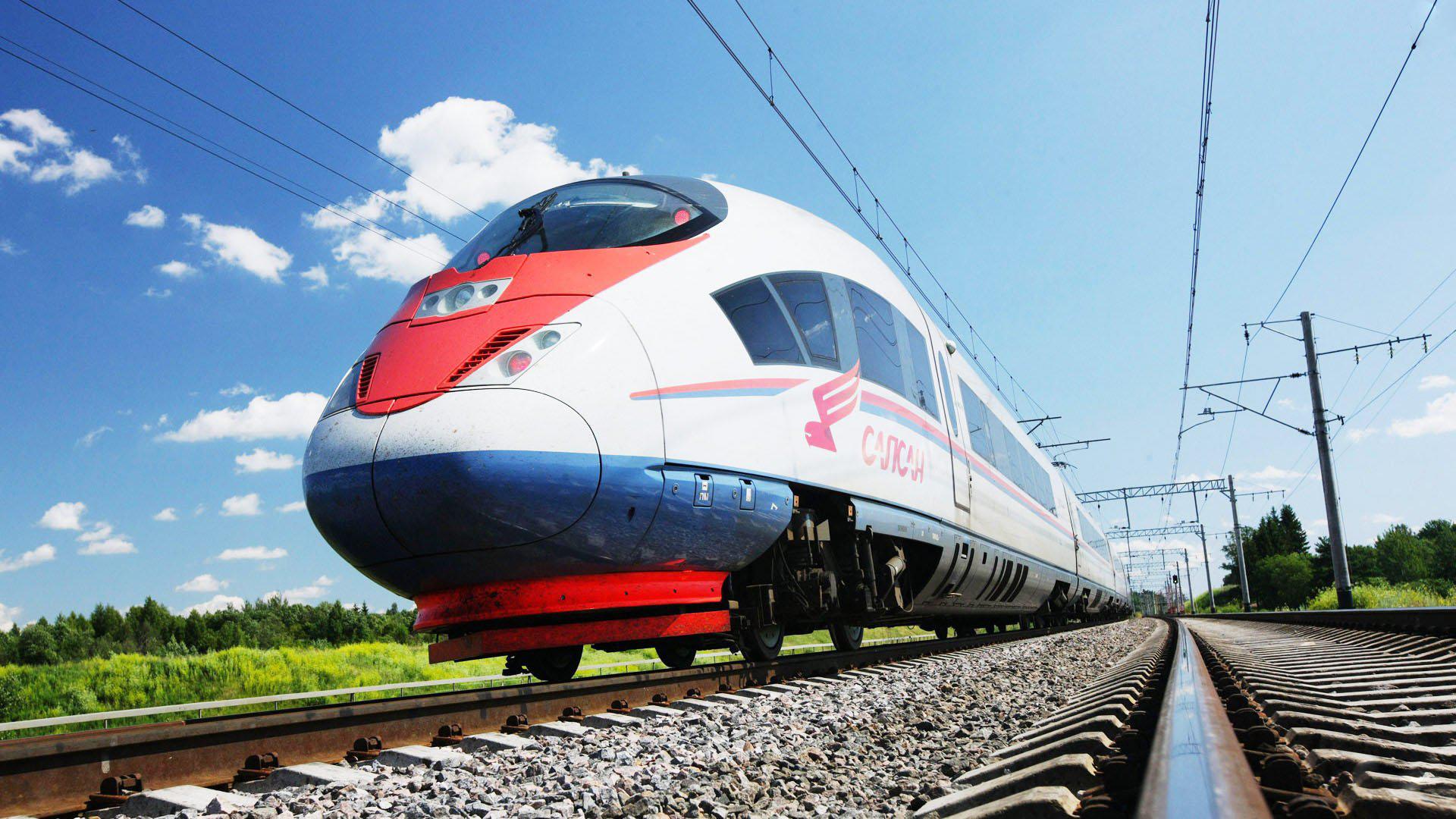 Transfer to the hotel

Check-in at the hotel

City Tour - During the tour, you will be taken to the most precious monuments of the city’s rich history and original architecture carefully preserved as the world cultural heritage. You will be able to hear amazing stories and to take fine pictures of the main architectural and historical sites like Nevsky prospect, the Kazan Cathedral, the Winter Palace, Vasilievsky Island, St. Isaac Cathedral, Peter and Paul Fortress, the Senate Square and the Palace Square.

. Its priceless collection occupies 5 historical buildings of which the Winter Palace – the former residence of the Russian Royal family – is the most remarkable.

It’s rooms decorated with marble and gold provide a fine background for the treasures of the Hermitage. 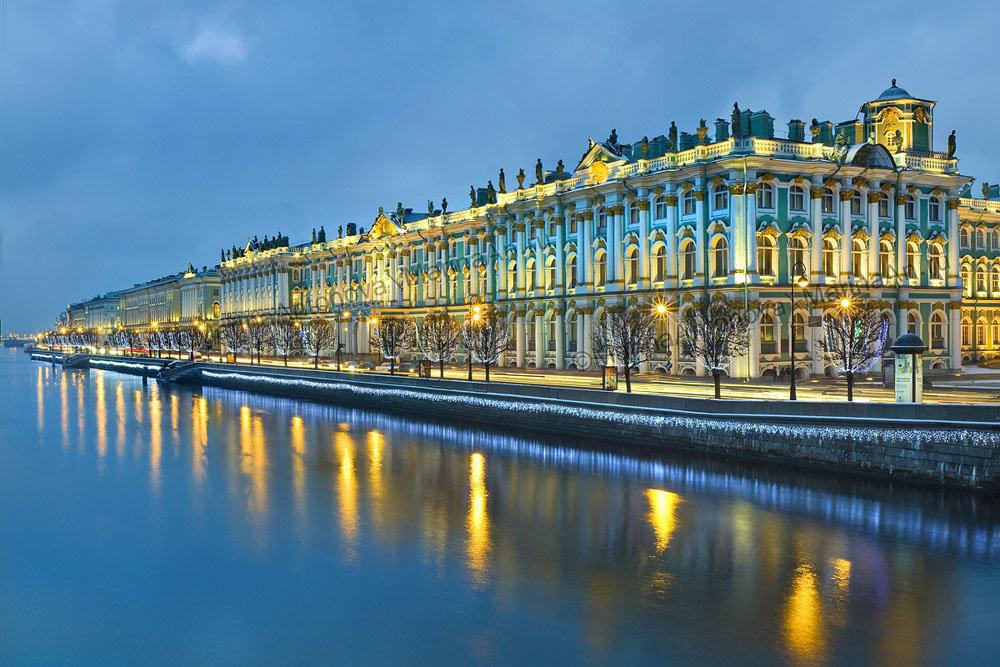 You might be surprised to know that the collection of this unique museum contains over 3 million exhibits including the paintings of Leonardo da Vinci and Raphael and other famous artists; however the collections of the Egyptian, Oriental and Ancient Greek art should not be missed as well.

You will be literally overwhelmed by the beauty of the museum and will never forget this magnificent and legendary place.

Cruise by Neva River - Saint-Petersburg is aptly called “North Venice”: a boat tour on its rivers and canals is an absolute must-do there.

Breathtaking views from the water and bridges over the city architecture are really worth seeing. During this tour you will see all the main points of interest of Saint-Petersburg from water and hear the stories about its most famous bridges such as Anichkov bridge and Bridge with Golden Gryphons.

You will travel along the canals and see such jewels of the city as St. Isaac Cathedral, The Church of our Saviour on the Spilled Blood and other places than will mesmerize you and make your visit to the city unforgettable.

Peterhof Tour - Located on the southern shore of the Gulf of Finland, 34 kilometers from St.Petersburg, spectacular Peterhof attracts thousands of tourists with its parks, palaces and, mainly, fountains. Among the suburban parks, Peterhof is probably the most famous for its fountains and is thus frequently compared to Versailles. 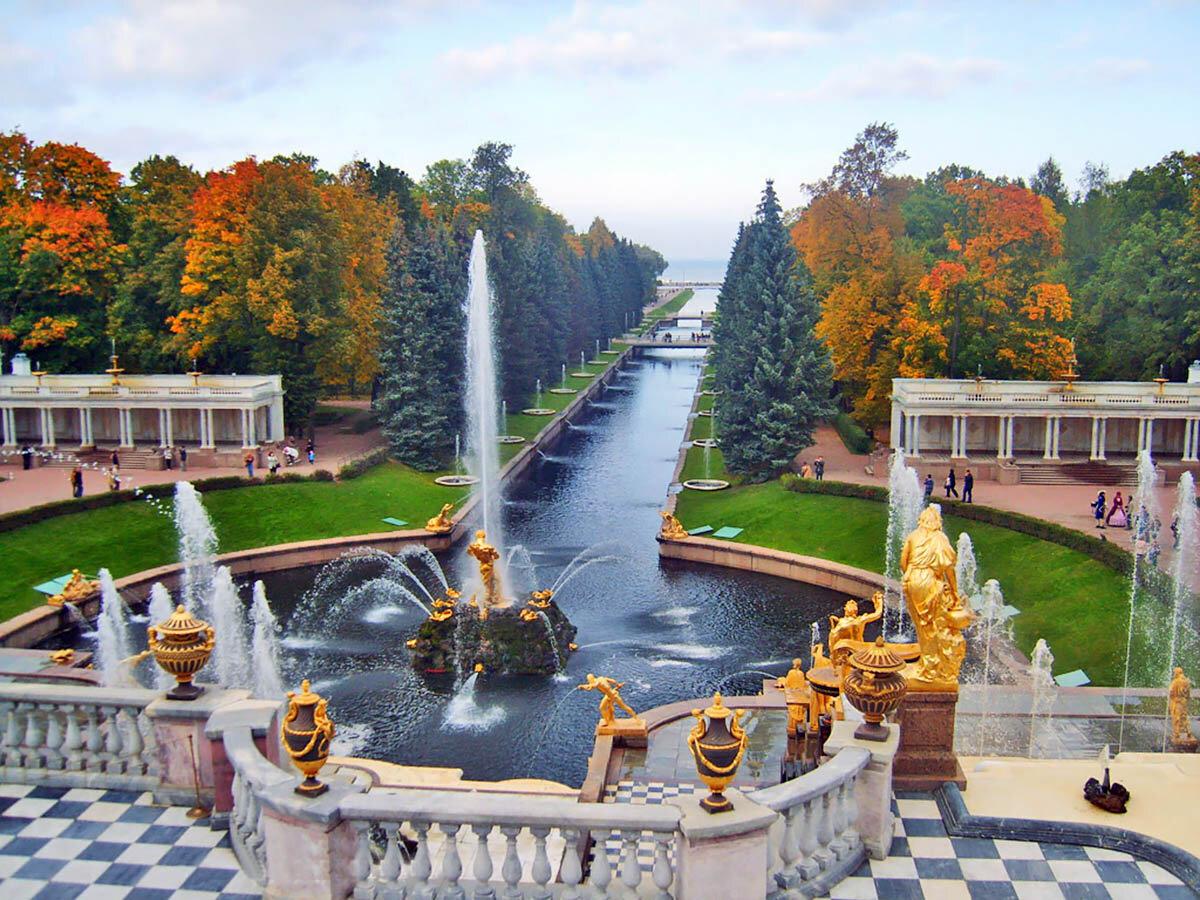 ‘The Samson’ of the Grand Cascade is the most powerful and magnificent of them and thus has been made a symbol of the park. As a former residence of the Emperors, Peterhof is also the home of several palaces with the Grand Palace as its main landmark. It had been destroyed by the Nazis and then carefully restored as to exhibit the splendor of the Royal way of life.

Breakfast in the hotel and check out

Transfer to the airport, Departure

Transfer to the Pyatigorsk (40 км)

Check in the hotel

Ethnic lunch with Cossacks. Cossacks are people inhabiting the Stavropol Territory for hundreds of years. In the past they used to be brave warriors and experts in fancy riding.
Their descendants keep the traditions of their ancestors. 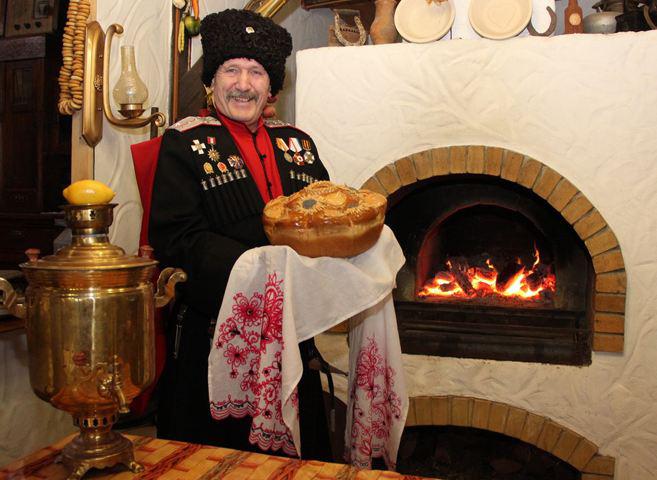 Tour to Pyatigorsk Tsvetnik (Parterre) Park. The park is a historical place, as well as the heart of the city. There is the most important sculpture emblematic of the city- the eagle holding a snake in its claws. 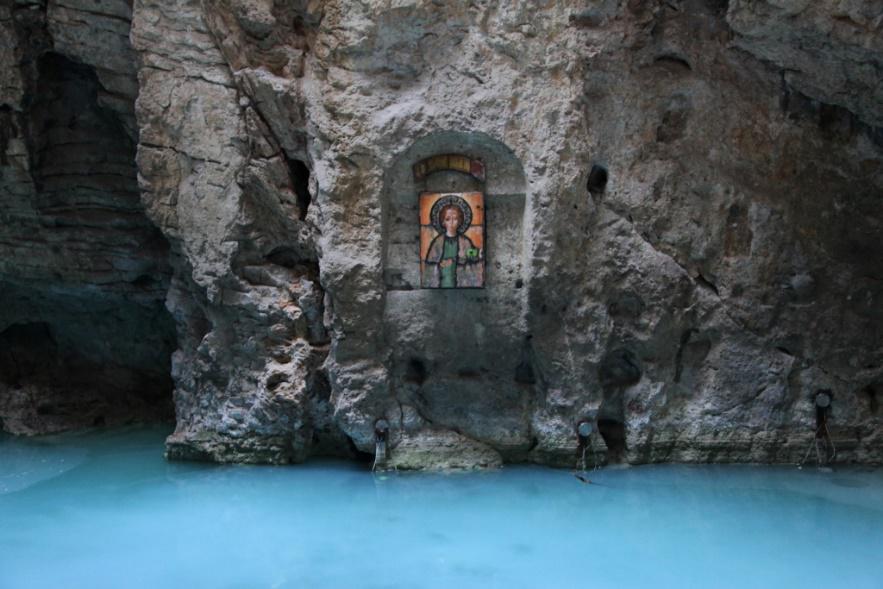 Transfer to Nalchik city center. Nalchik is a small town in the heart of the North Caucasus. It is a resort city- green, cozy and airy! Here they say: “the guest is sent by God”, so guests are offered the best. 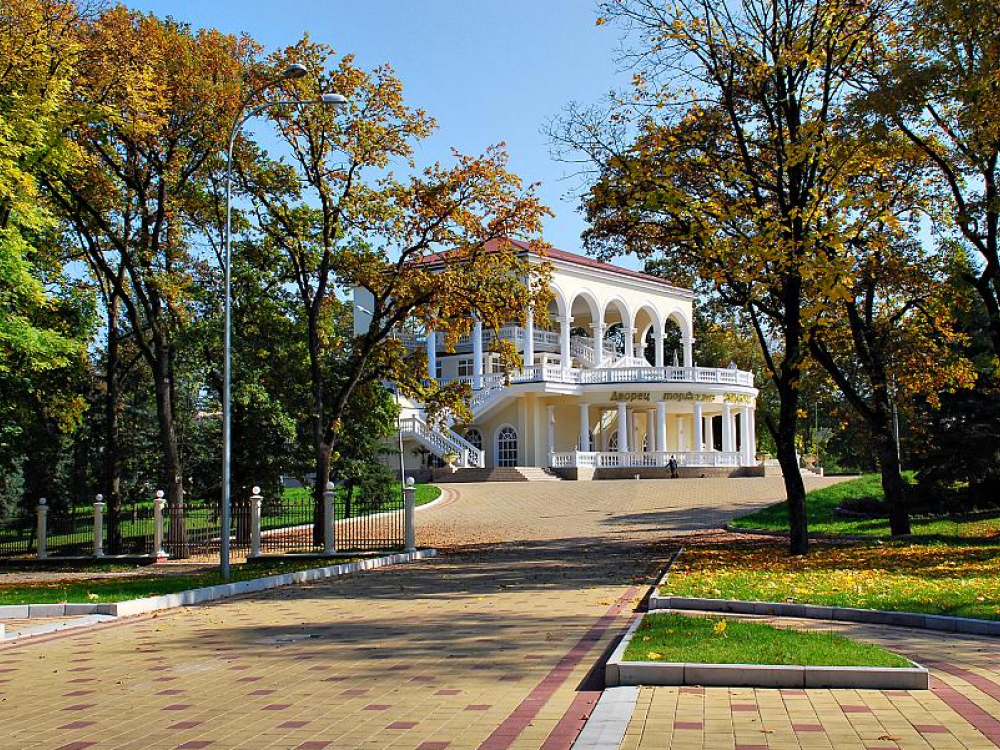 Transfer to the Chateau Erken. Lunch in the local restaurant.

Tour to the Chateau Erken winery, founded by Tembulat Erkenov. The citadel is located in the middle of an artificial lake. The lake is surrounded by vineyards. While walking along with the winery, you can encounter peacocks, pheasants, and even deer. The duration of the tour and tasting of several types of wine is 1.5 hours. 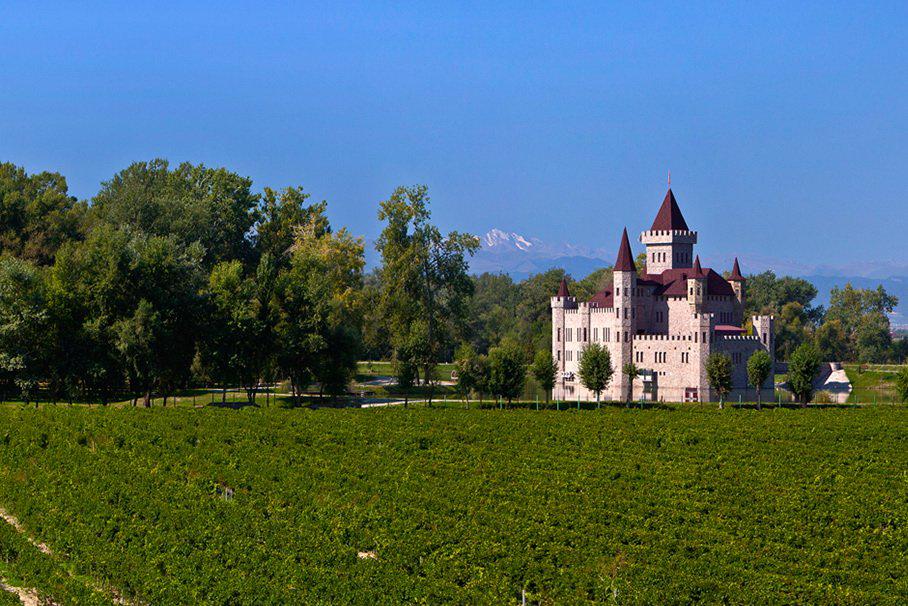 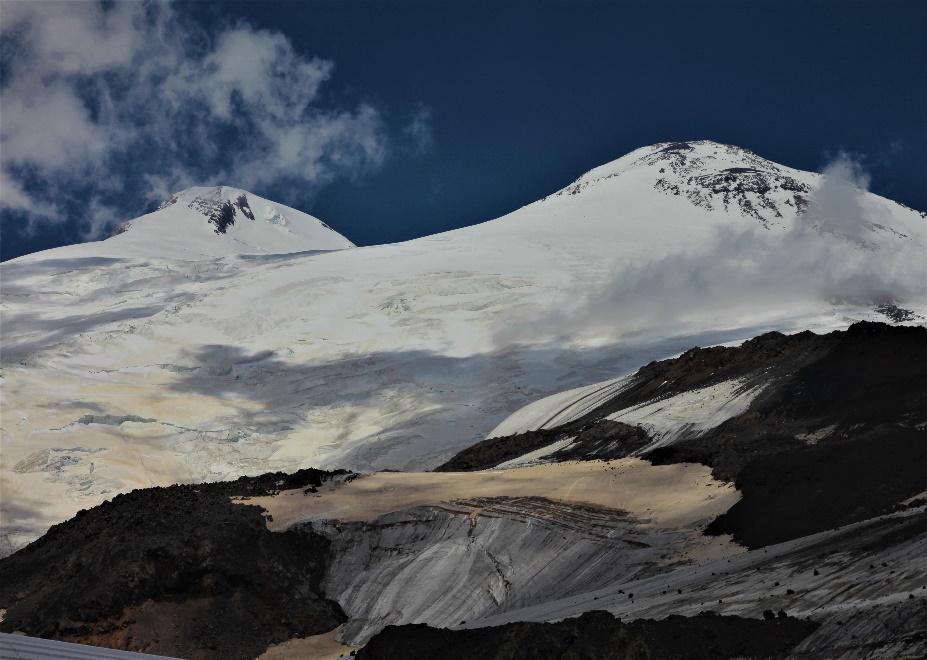 It’s listed as one of the seven highest mountains in the world, along with Chomolungma and Kilimanjaro. Its height above sea level is 5,642 m. Will you be lucky to see the legendary summits or will Elbrus hide them in the clouds?

And then transfer to Vladikavkaz, North Ossetia-Alania.

Stopover at Narzans Glade - the place where mineralized waters spring out of the ground. There are totally three springs there. You can drink water in each of them and take some along in your bottles. 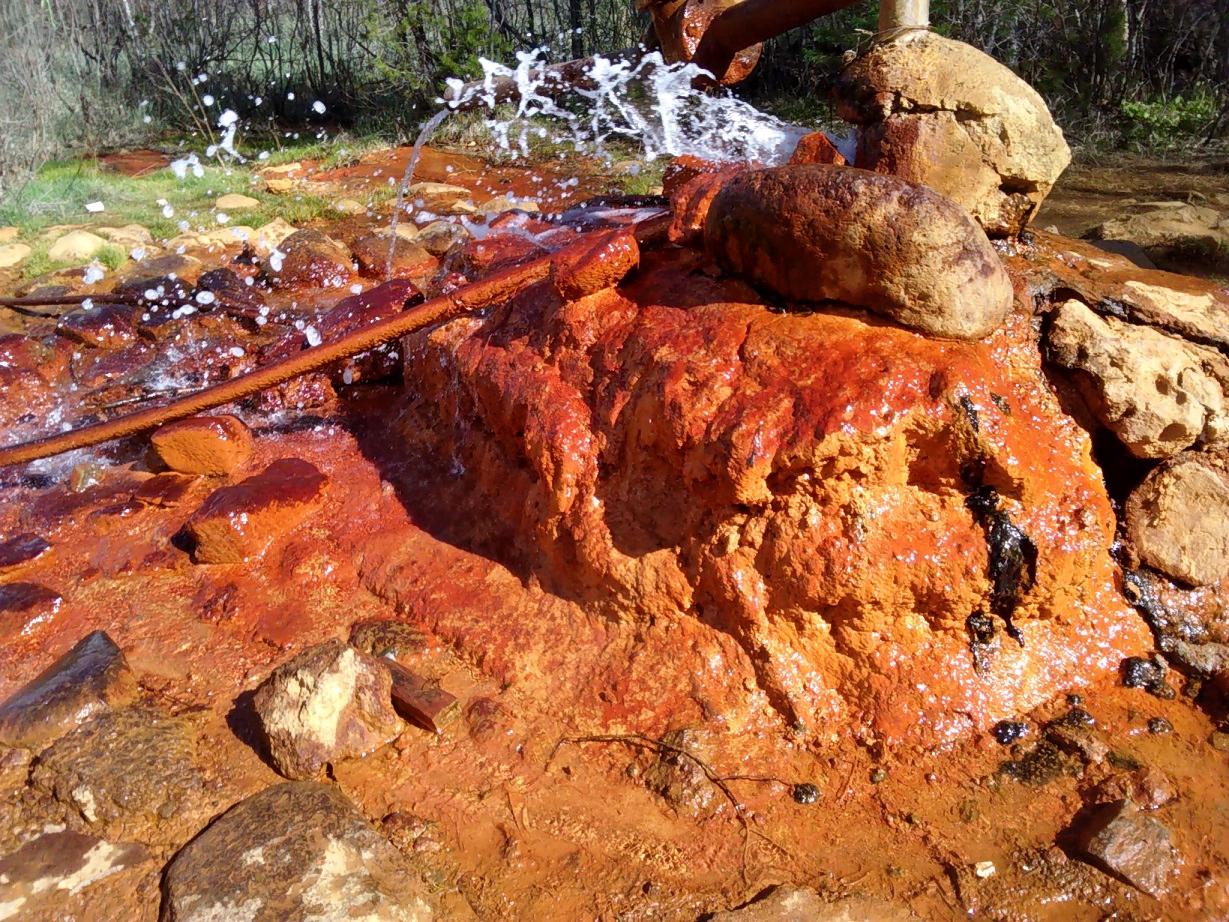 Ossetian pies serve as a culinary landmark of Ossetia.

You will wonder why you didn’t bake them before, as it’s so exciting and delicious too! 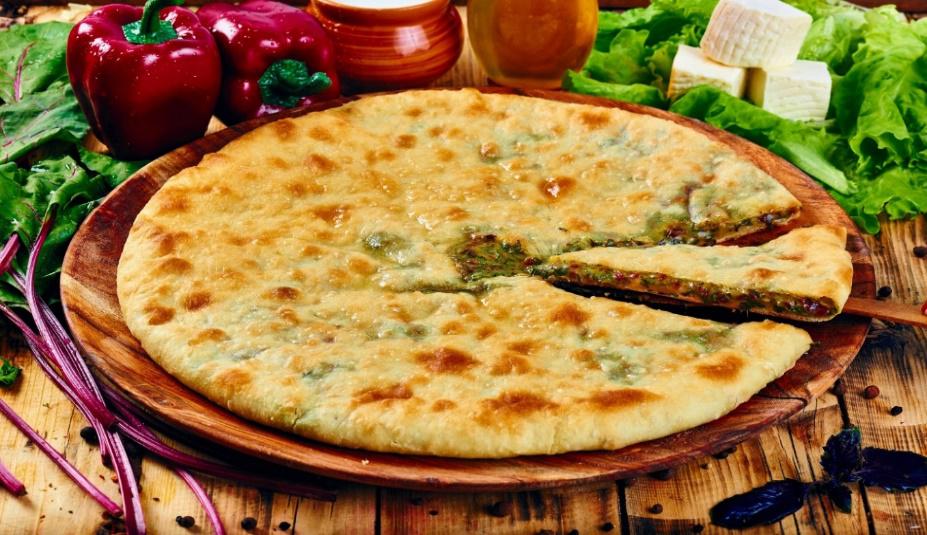 The traditional dinner is followed by a culinary interactive session.

On the left bank of the turbulent Terek River you can find a Sunni Mosque (Mukhtarov Mosque), built 109 years ago. 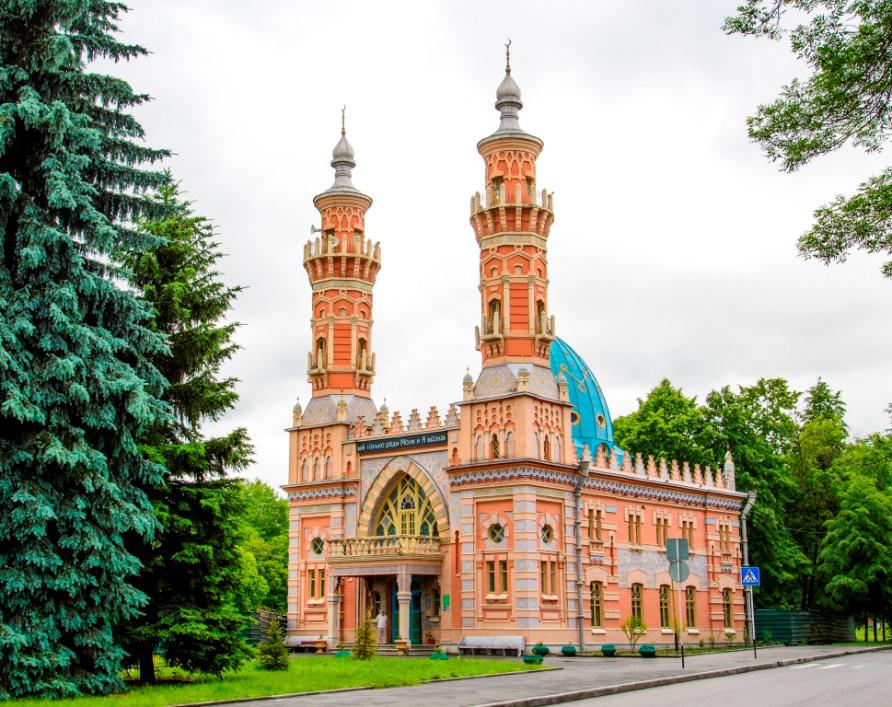 Transfer (25 km) to Nazran (Ingushetia) for touring Memorial of Memory and Glory, with one stopover.

Memorial of Memory and Glory. The memorial complex was built in 1997. Each object of the memorial is filled with deep meaning. The heated freight car used to deport the Ingush from their motherland, as well as the memorial plates listing the names of the residents of Ingushetia, who participated in the Great Patriotic War. 9 towers braided with barbed wire. The towers symbolize the number of deported peoples. The Monument to the last defender of the Brest Fortress lieutenant Umatgirei Artangovich Barkhanoev. Equestrian Monument dedicated to the legendary Wild Division. 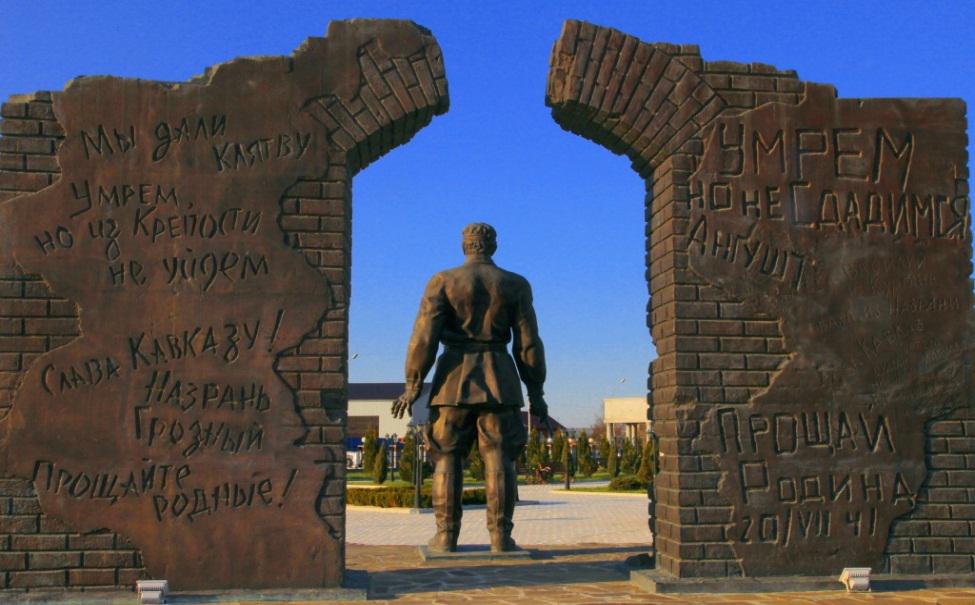 Lunch in the local restaurant.

Arrival in Grozny, evening city tour. In the evening, the city is nicely illuminated and doesn’t look less exciting than in the daytime.

Grozny is a city-phoenix revived from ashes after so long-run war. 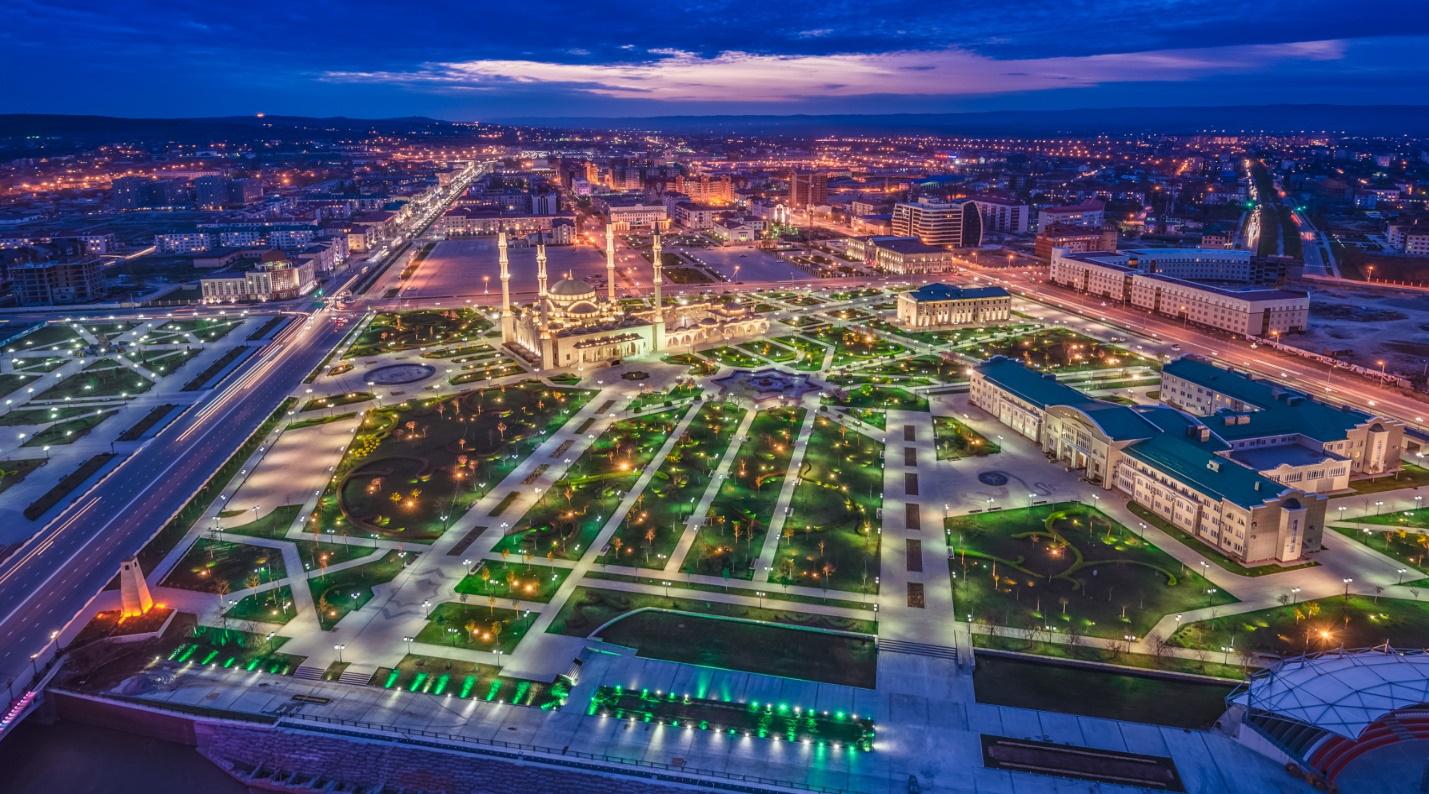 The Grozny Tower was erected in the beginning of the 19th century, the Church named after Michael the Archangel was built by means of public donations, which was destroyed during the war and restored again.

There is a sky-scrapers complex of “Grozny-City” opposite the church, and the observation deck of one of them provides a bird’s eye panorama of the city. You can also see the spiritual heart of the city- the Heart of Chechnya Mosque. 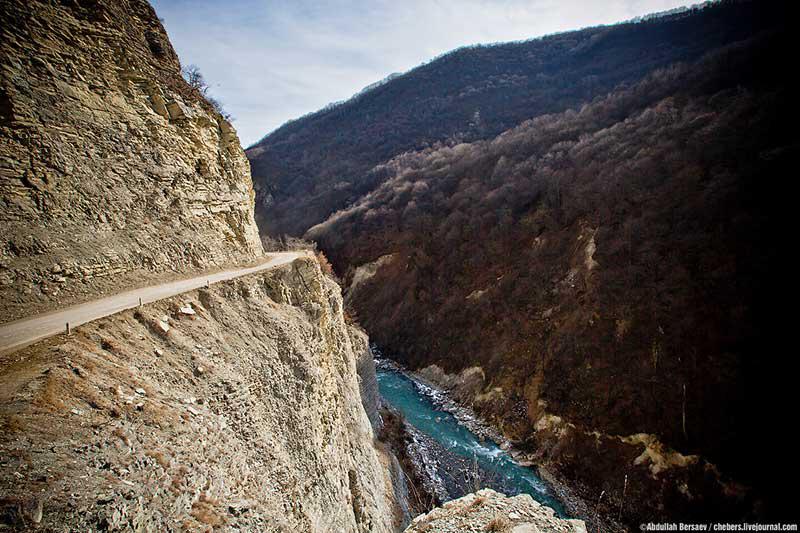 It’s a beautiful gorge, through which a road has been hacked out by the generations of Chechens.
A mountain river, ancient towers- all that you will be able to see on the way.

Stopover at Nikhaloy waterfalls for lunch. Walk to the waterfalls.

Itum-Kali is a Chechen village. Quick excursion to the museum, you can take photos in national costumes. 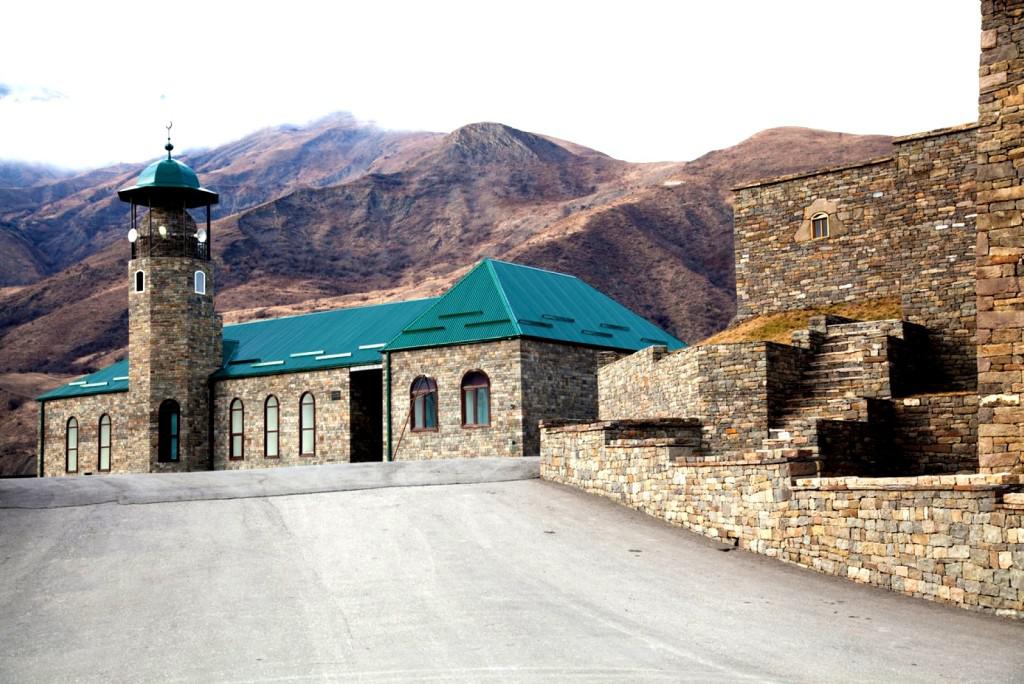 Not far from the city of Grozny (40 km) there is a mosque of extraordinary beauty. This is the largest mosque in Europe (up to 30 thousand people) 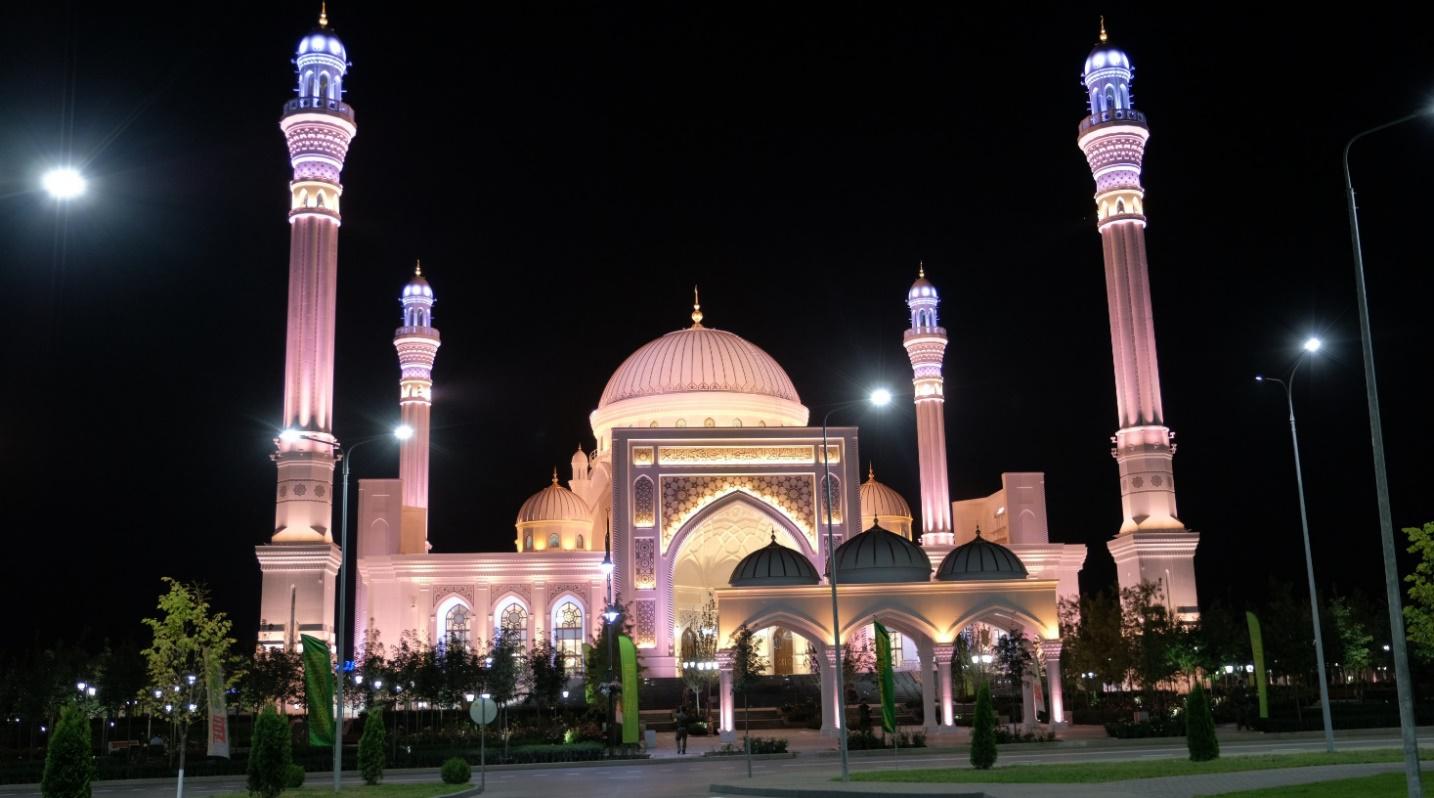 These places are especially beautiful in the evening. We will also see a mosque in Argun, decorated in a modern style. 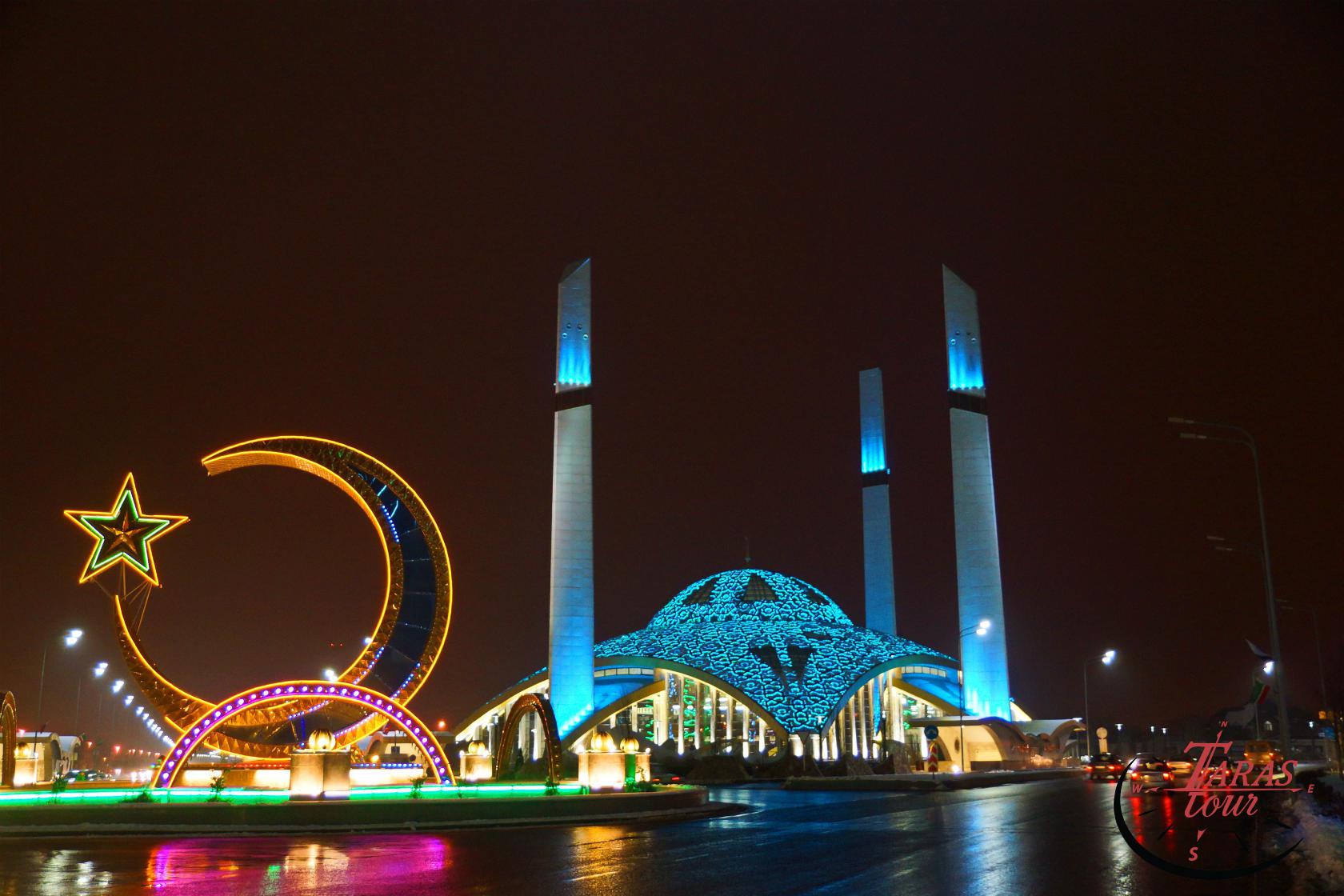 The evening tour is organized at the request of tourists.

Breakfast at the hotel. Check-out

You will see an unforgettable view of the deepest canyon. Its depth is almost two kilometers. And the waters of the Sulak River have an incredible turquoise color. 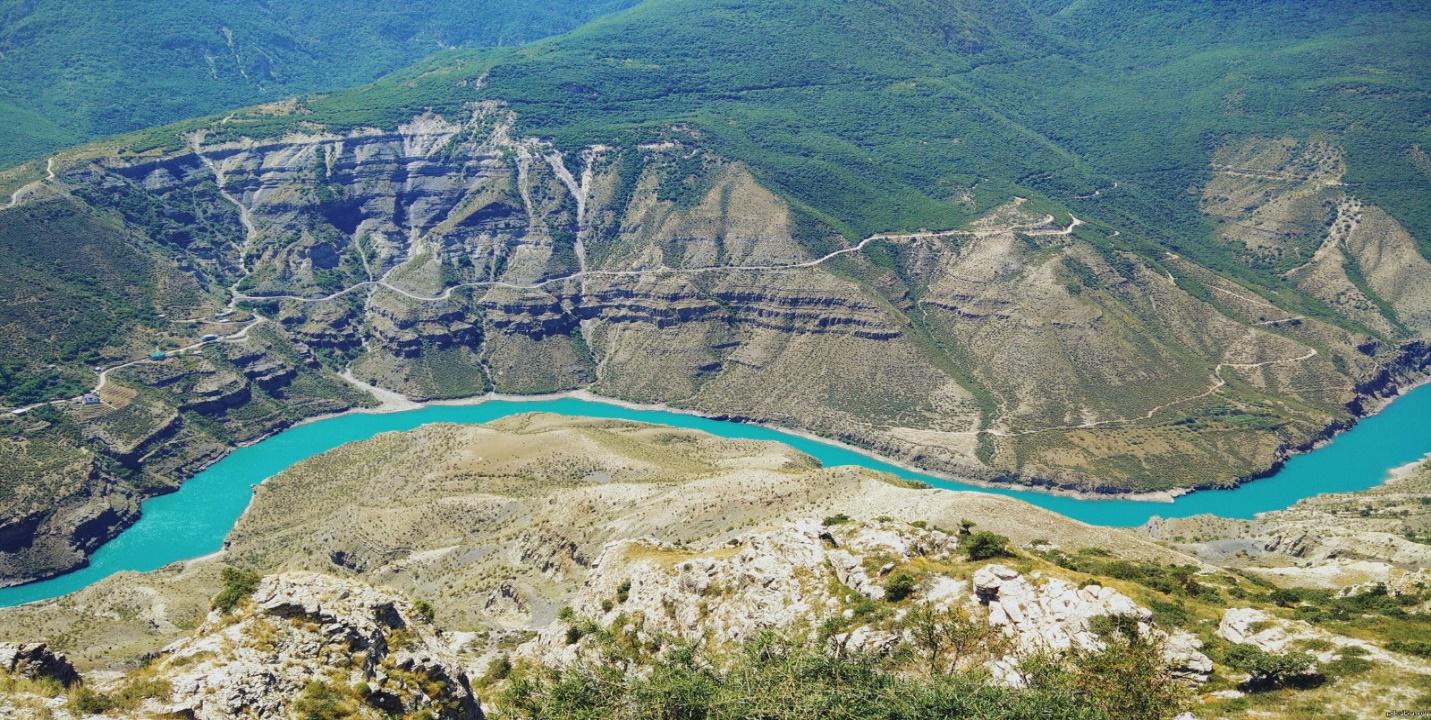 A walk along the seafront of the Caspian Sea, a tour of the city center and a farewell dinner at the national style. 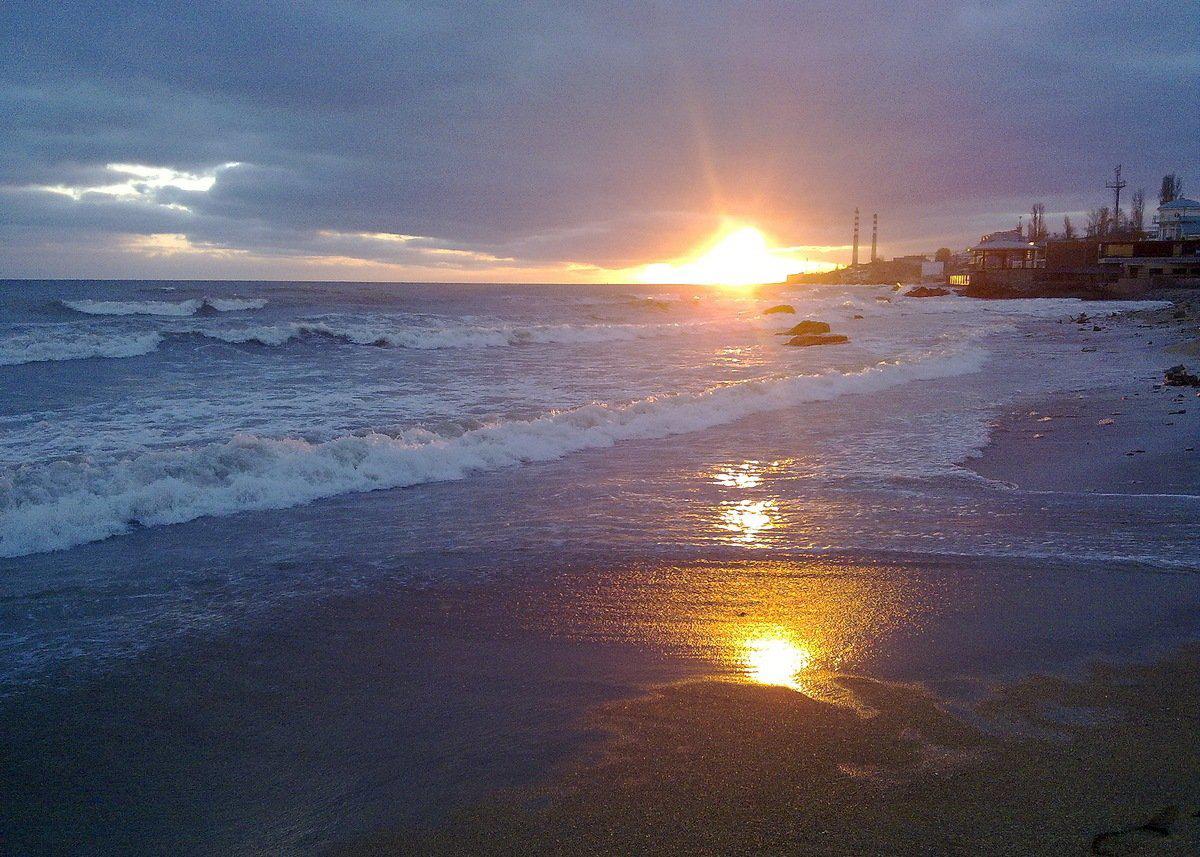 Transfer for Derbent. About 2 hours’ travel.

Derbent is the most ancient city in Russia. It is 5,000 yeas old. Its main attraction is Naryn-Kala citadel.

Lunch of national cuisine at the Great Silk Road restaurant with shashlik and tasting Derbent wines and cognac. 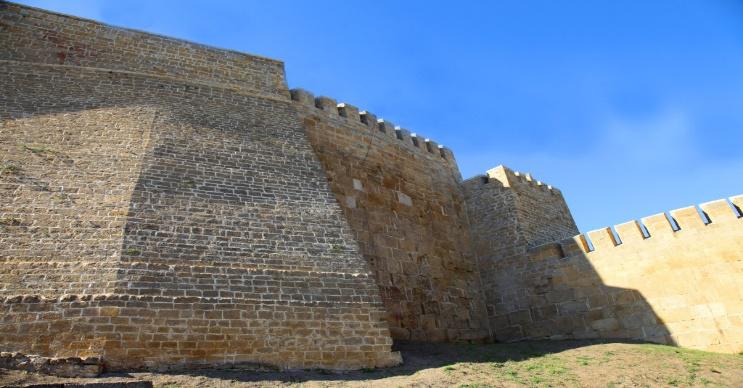 After lunch you can take a walk along old streets-magals, visit the Juma Mosque and feast your eyes on the combination of ancient and later buildings. 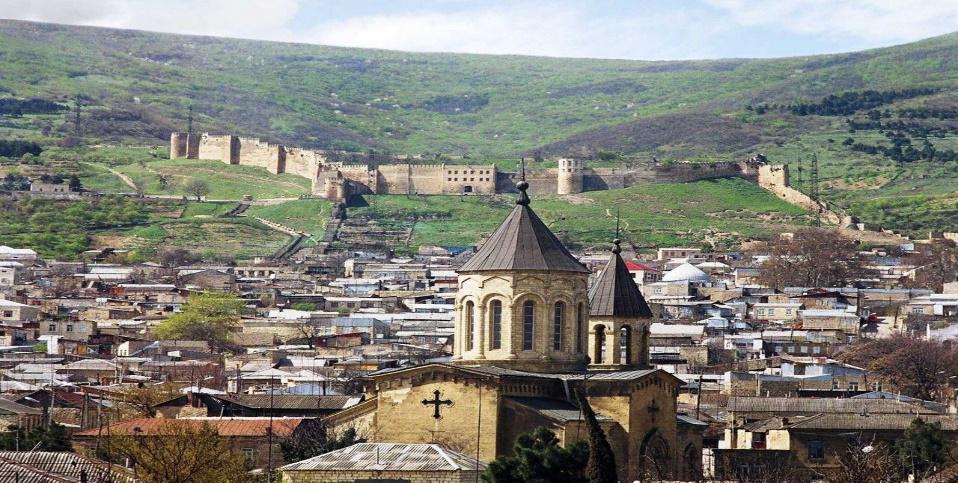 You can also pop in the local grocery market and buy cheese, dried fruits, urbech, honey and jam. 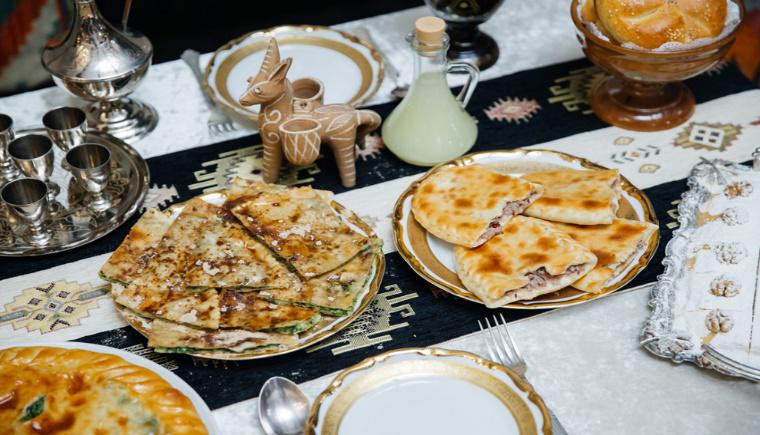 You can enjoy your time for unaccompanied walks and farewell with Derbent.

The tour packages doesn't include: flight to Russia, other services are not included
in the program.

On request, you can include concert programes, master-classes and other entertainment at extra charge.
Also, the price can vary downwards depending on the selection of hotels and room categories.
The cost does not include the agency fees.

The program is preliminary. The organizers reserve the right to replace the excursion blocks with similar ones, without changing main waypoints. 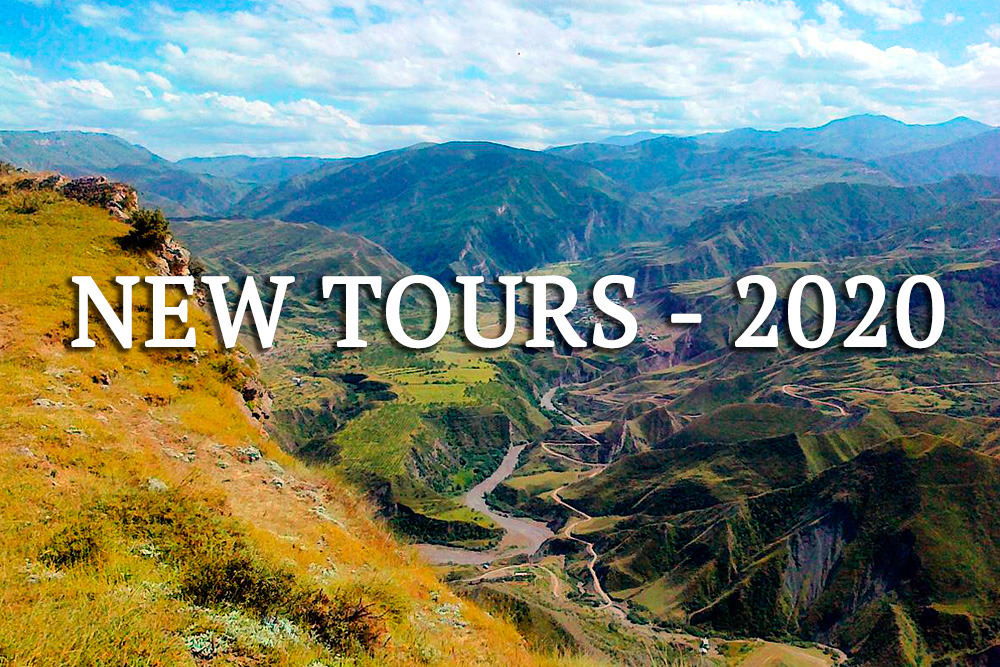